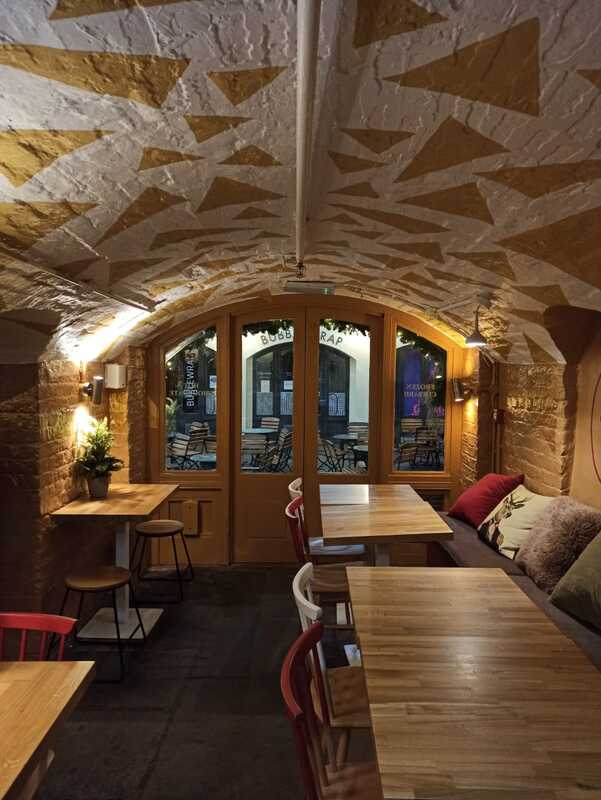 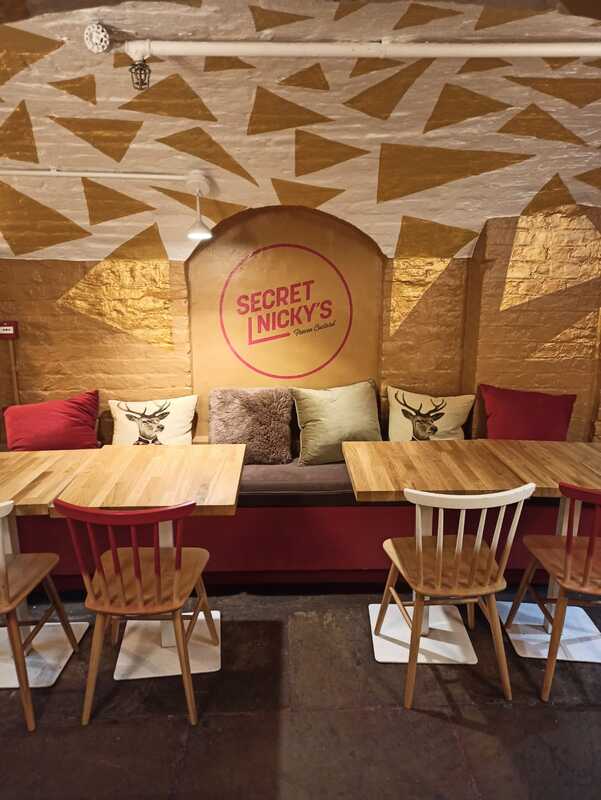 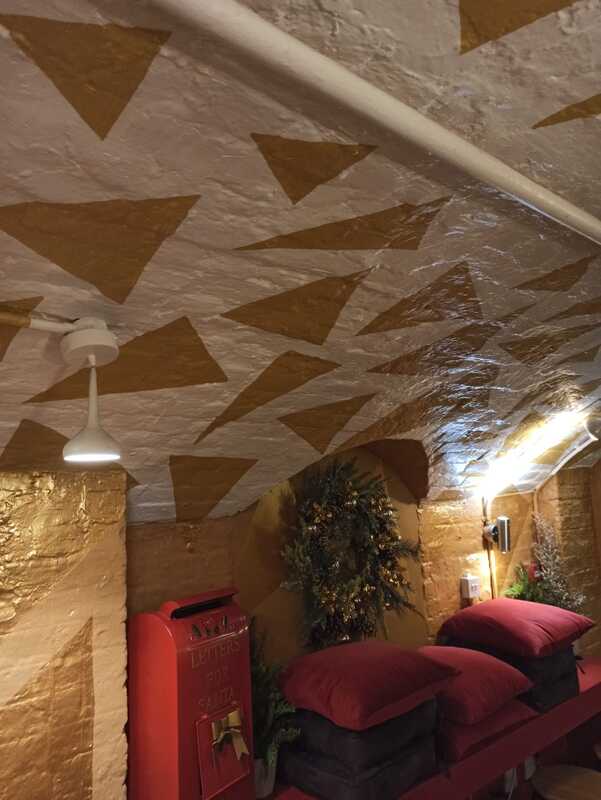 For this mural I painted the ceiling of Secret Nicky's Hot Cookie Dough Cafe in Covent Garden. The mural was designed by Conrad Morrison and comprised of a collection of gold triangles spreading across the ceiling and down the walls, starting smaller in the centre and getting larger as they moved towards the floor. It was a lovely project to work on and took 14 hours to complete across three evenings.
'Mrs Riot'
2021 Covent Garden London 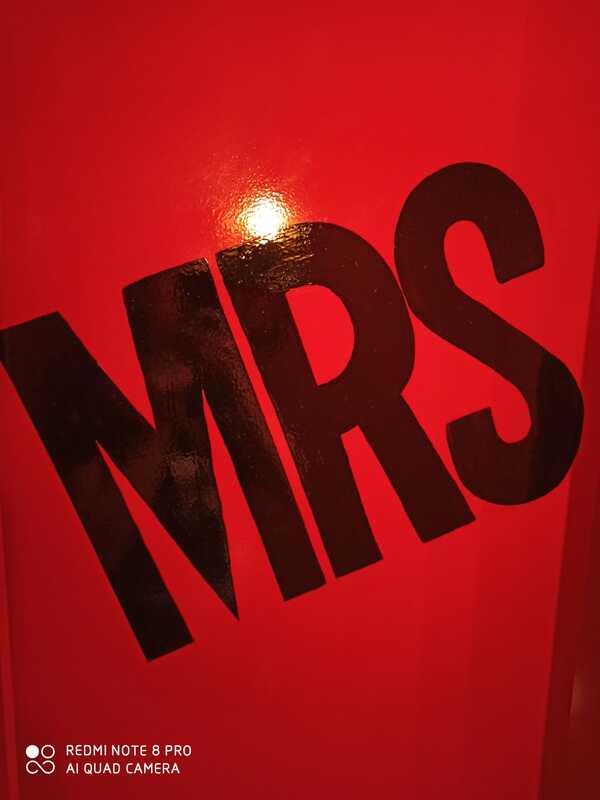 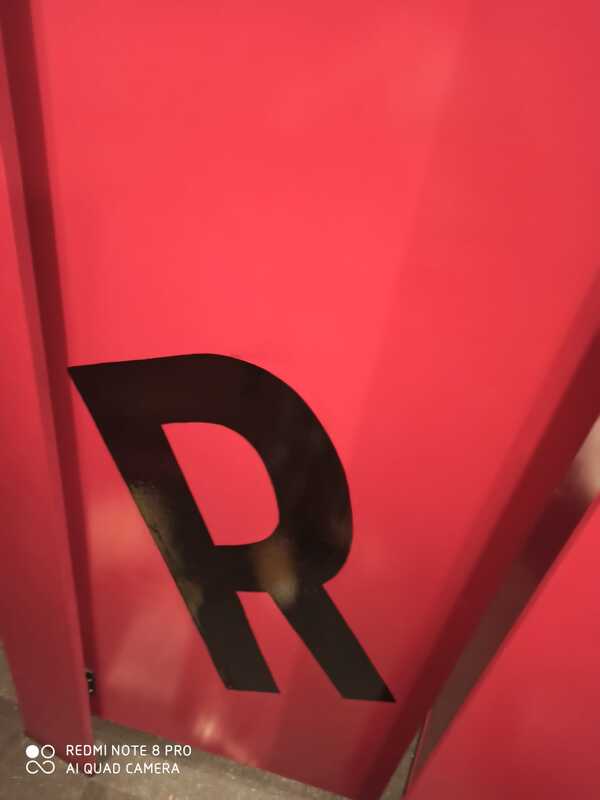 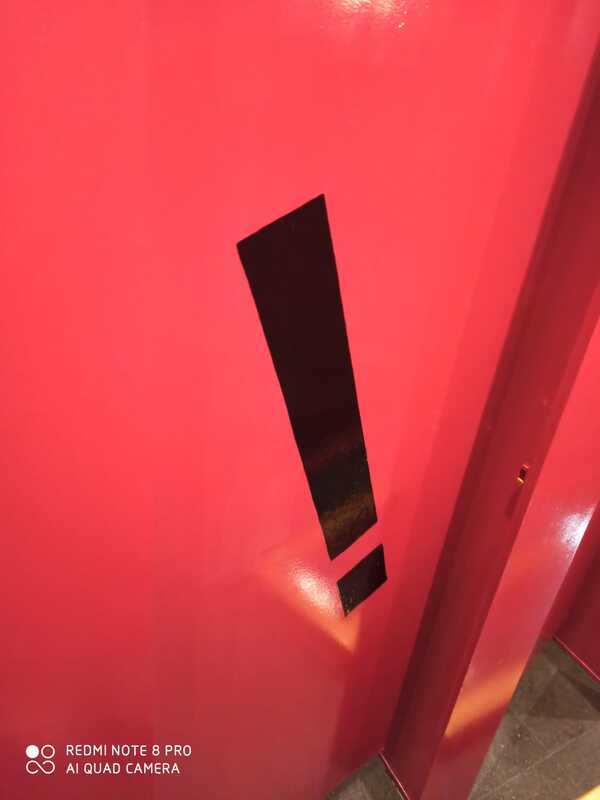 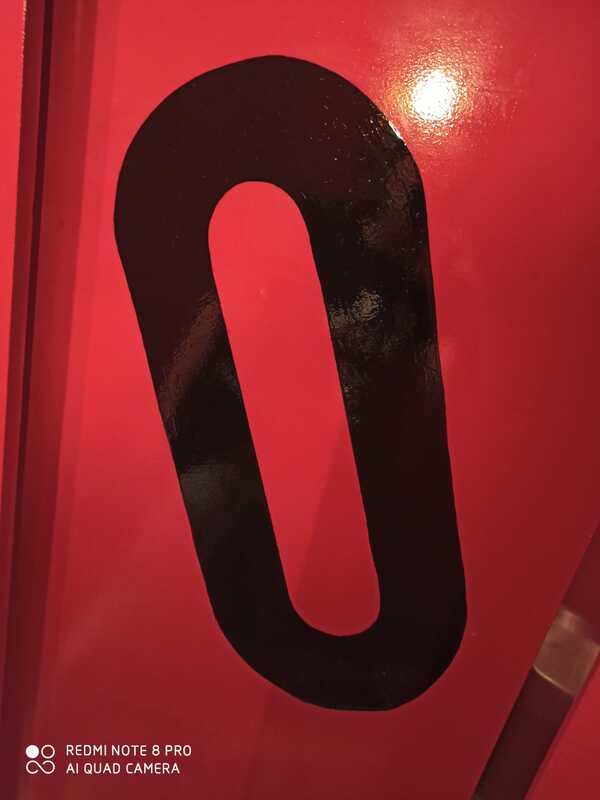 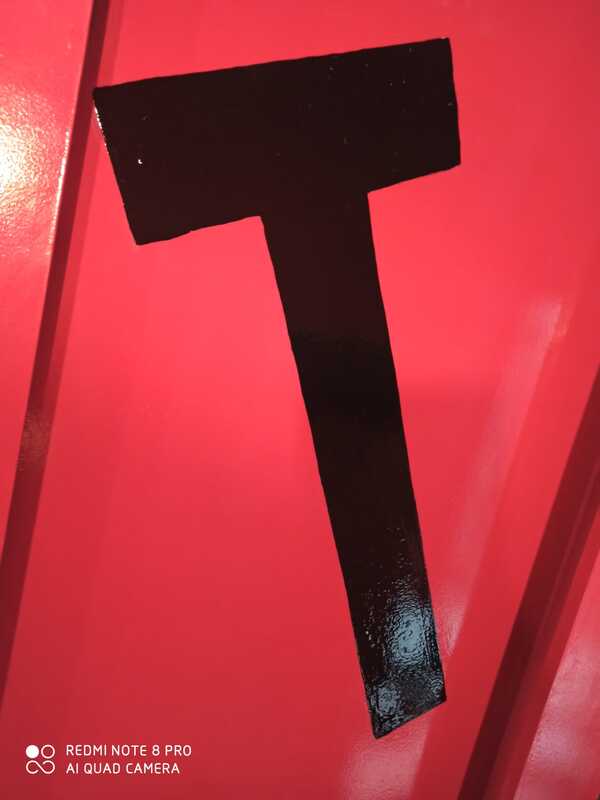 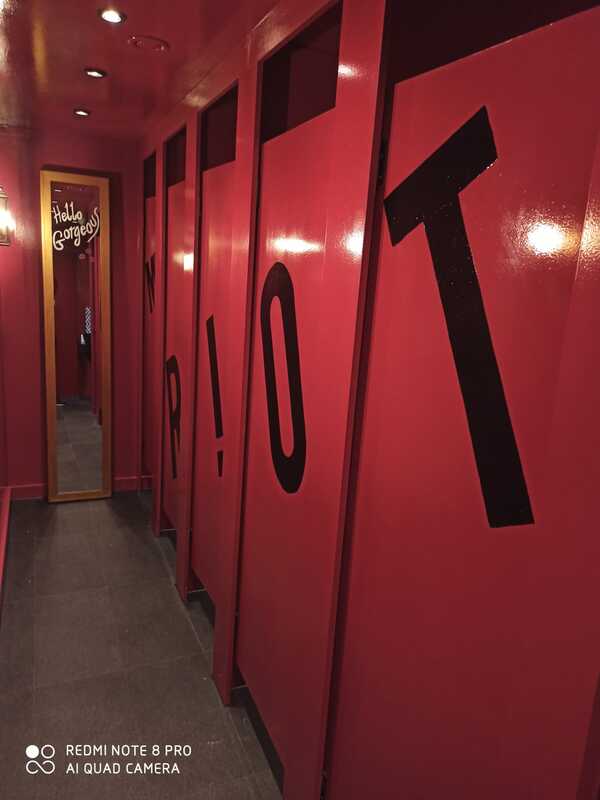 This mural was painted for the girls toilet doors of a bar called Mrs Riot in Covent Garden, for this I measured out and scaled up the font from their exterior signage for each door and painted it in oil, also painting a swirling hello gorgeous onto the mirror for photo opportunities for the girls.
'The Hive'
2020 Beecroft Primary School London 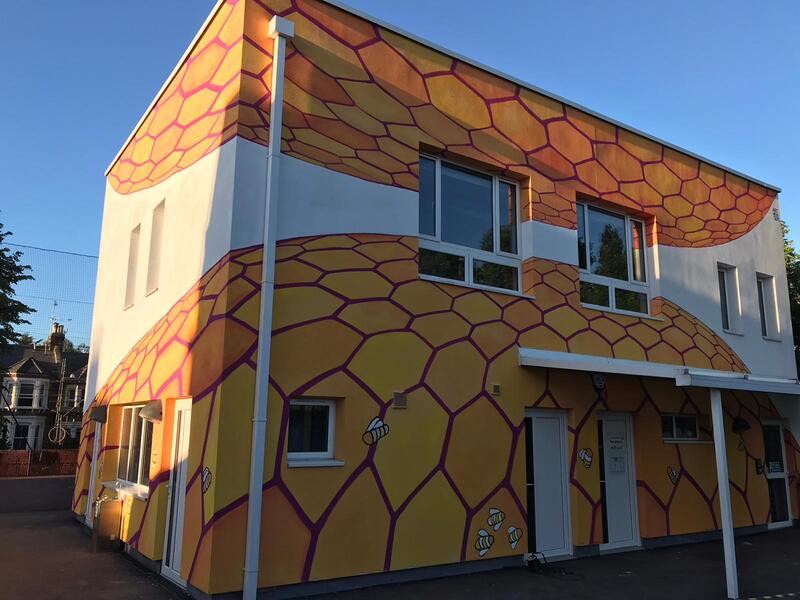 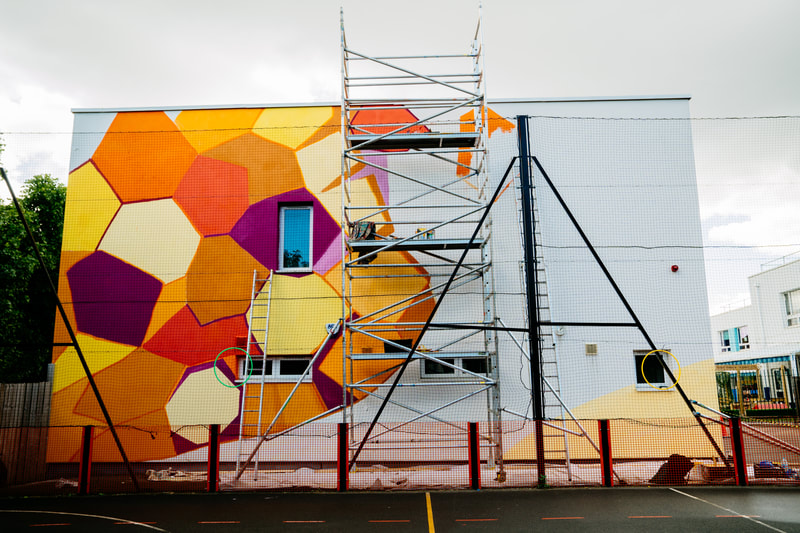 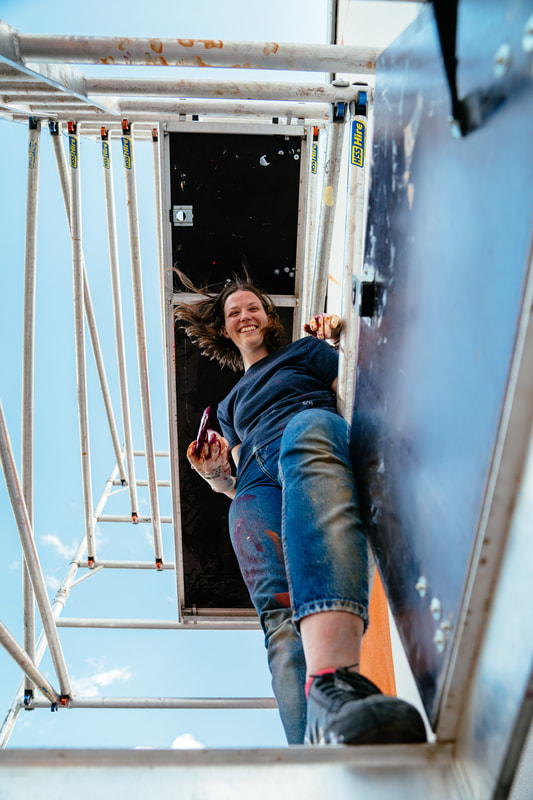 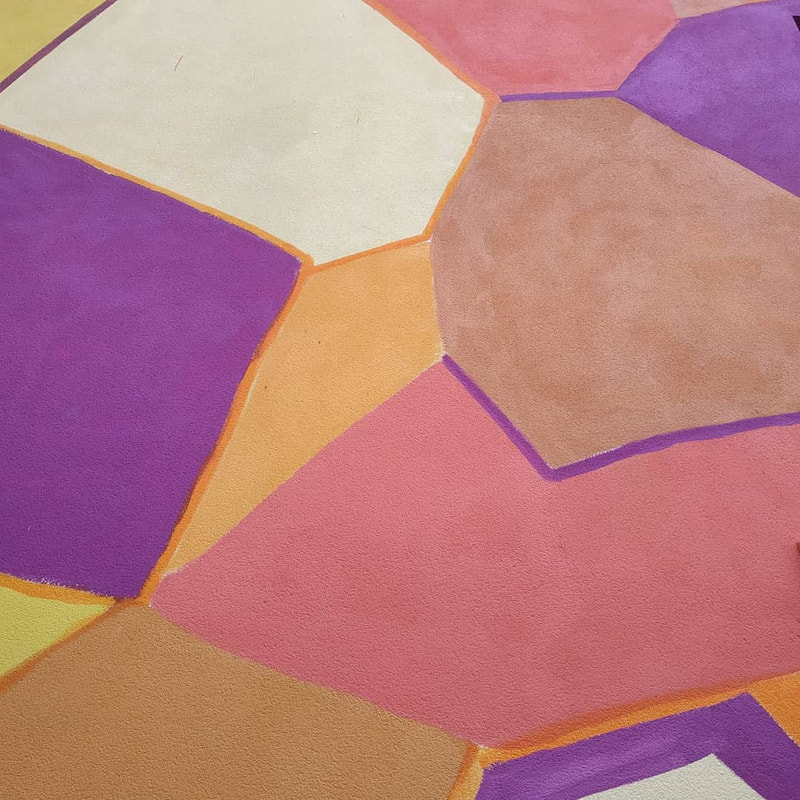 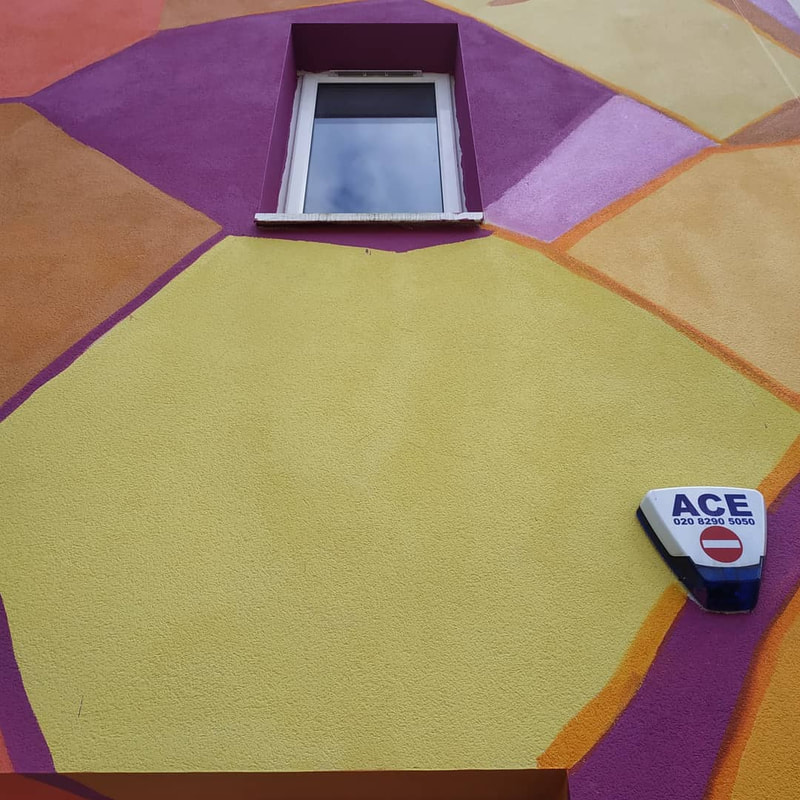 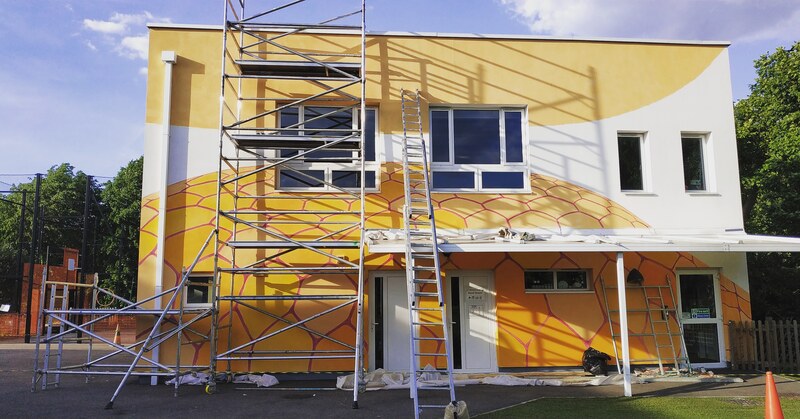 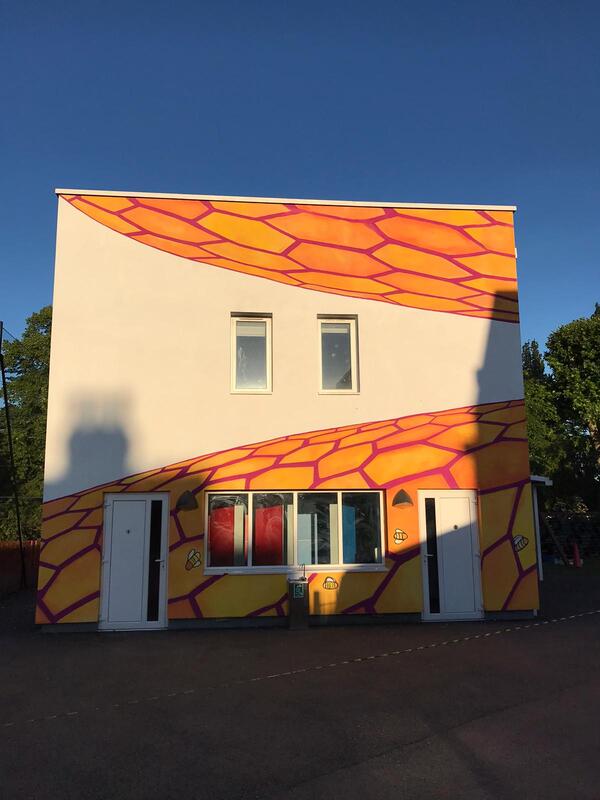 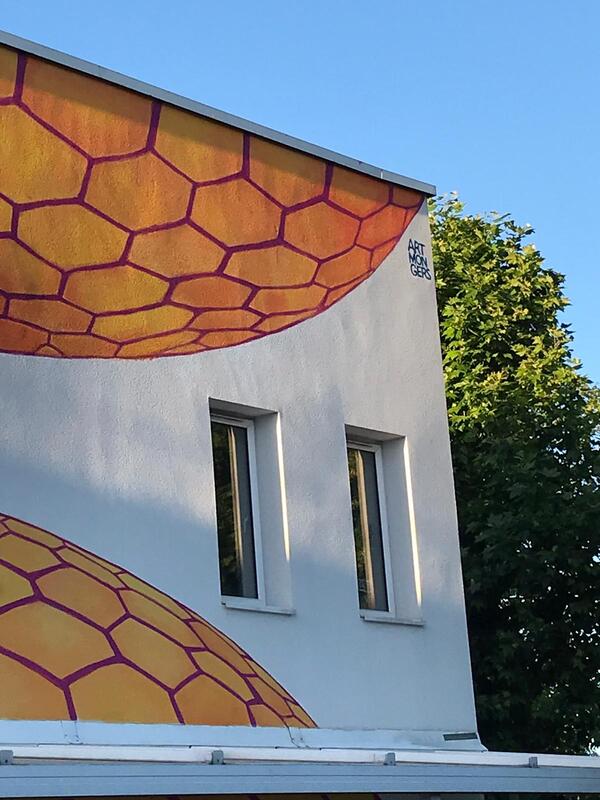 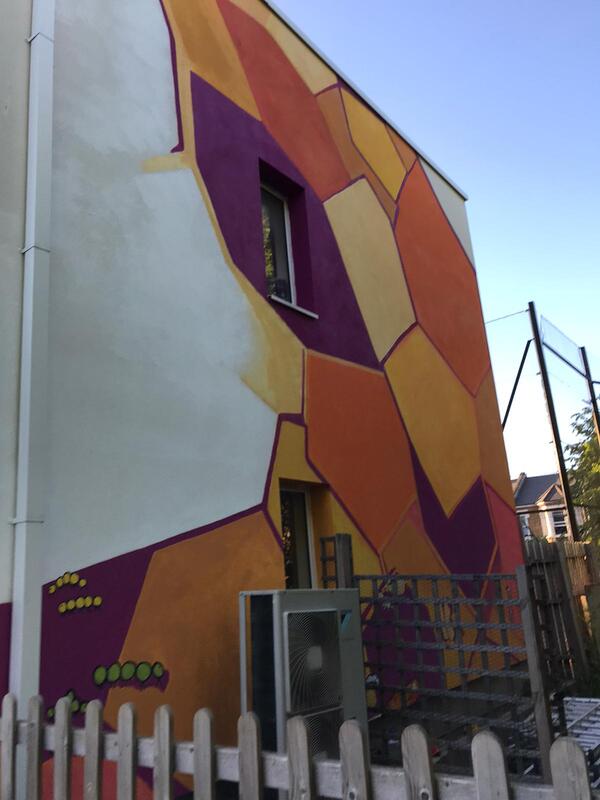 This was the second mural I worked on as part of the Artmongers team. This piece was titled 'The Hive', took two weeks to create and was painted just after the first covid lockdown in 2020 so it was a real release and freedom to be able to paint on this scale again! This was a great project to do as we have to rely on team work to get the angles and perspective correct on the honeycomb shapes, with Patricio the head of Artmongers directing me from the ground while I was up a ladder drawing the shapes on, we then painted all the walls with emulsion and acrylic and added a glaze to the building to seal the walls as well.
'By the Way'
2017 New Cross Gate London 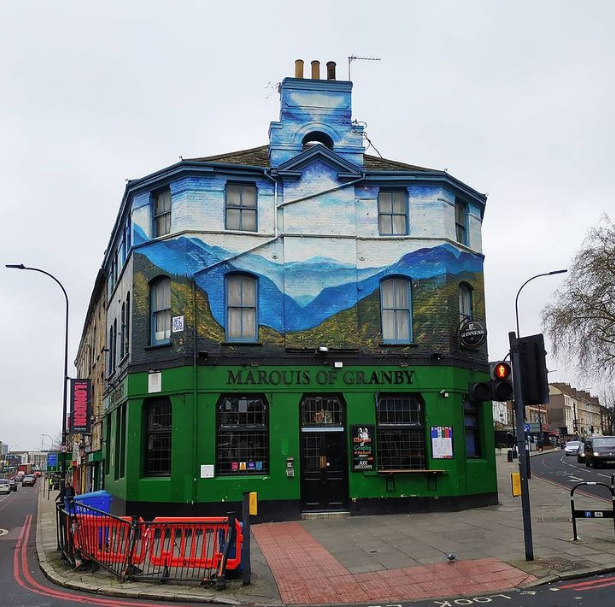 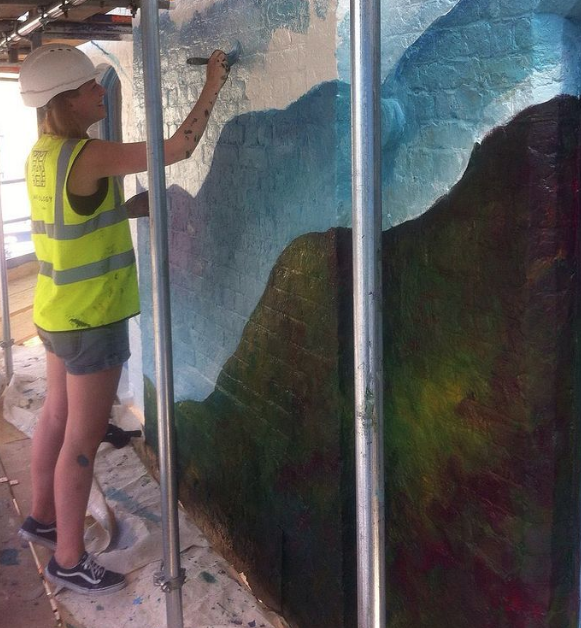 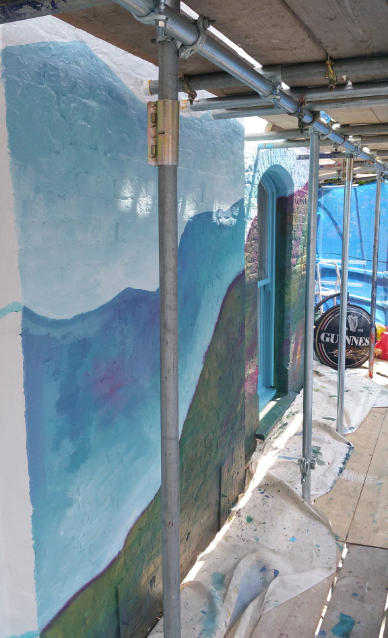 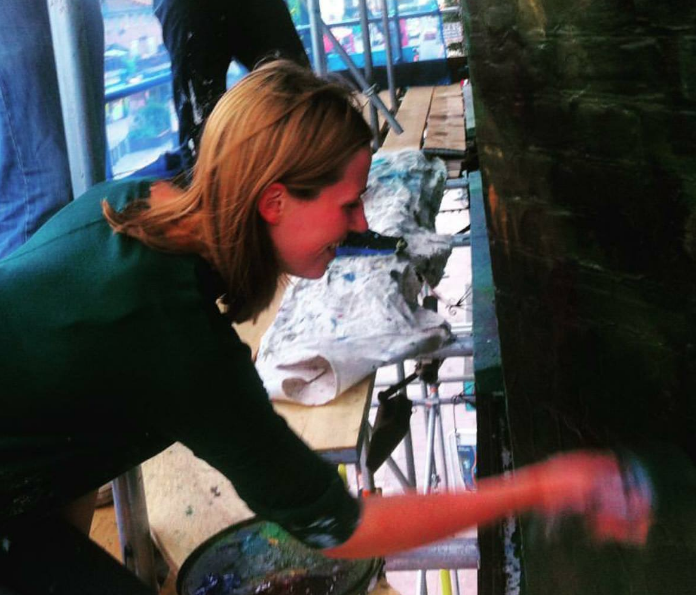 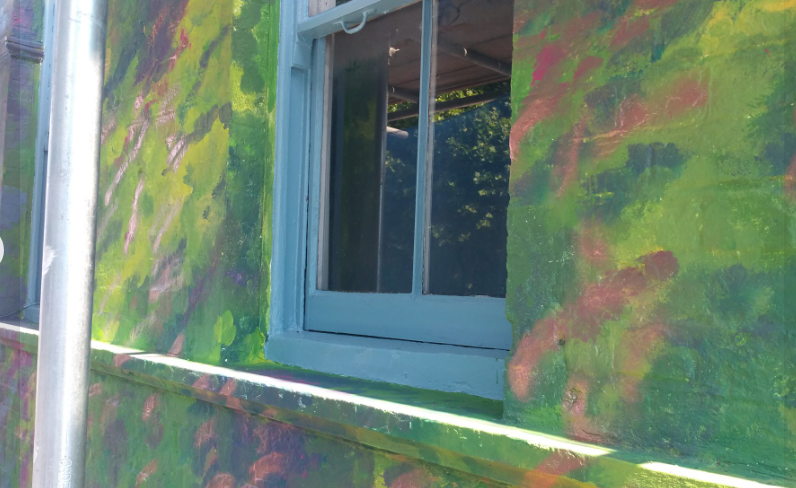 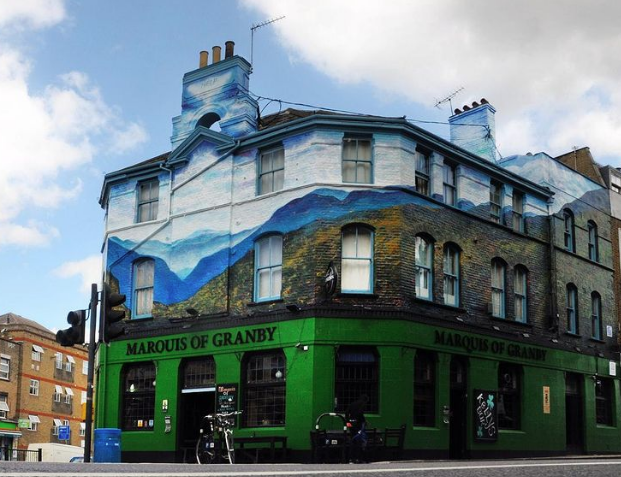 I worked as part of the Artmongers team. Artmongers is a public arts organisation specialising in participatory murals, based in the borough of Lewisham, South East London. This piece was titled 'By The Way' and took two weeks to create. Including painting all the exterior walls with emulsion and acrylic, we then added glitter paints to catch the sunlight and added a glaze to the building to seal the walls as well.